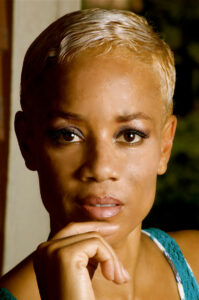 Dr. Brook Parker-Bello is a multiple award winning social innovator who has distinguished herself with her works, addressing different social issues including human trafficking, sexual abuse and mental health. A highly sought-after international speaker, actress, author, CEO, mentor, entrepreneur, curriculum developer and founder of multiple organizations, Dr. Bello is intentional in her strive towards addressing critical societal challenges within the framework of Christian teachings. The myriad of awards and recognitions she has received are testament to her conscious efforts designing her life for service to others. In 2016, Dr. Bello became a recipient of the prestigious Lifetime Achievement Awards from the 44th President of the United States and the White House for her outstanding achievements. She was also awarded the Advocate of the Year by the Human Trafficking Council held by Attorney General Pam Bondi of the State of Florida in addition to being recognized by the State of Florida under the administration of Governor Rick Scott for her excellent works in combating human trafficking. Dr. Bello was also an Expert Consultant to the federal agency HHS (Health and Human Services) 2019, based on over 400 HHS health providers and response to Human Trafficking.

Dr. Bello is the Founder and CEO/ED of the award winning More Too Life, Inc. an organization dedicated to ending human-trafficking by mentoring and educating those affected by it to rediscover themselves and their authentic identity while motivating others to take charge of changing systems and ideologies that fuel its root causes. She understands that the problems are amphibious and that in tackling the issues, a multi-faceted approach is vital. She also recognizes that social problems are interconnected and lean on one another. It is for this reason that she also founded the YOUTHIASM, an organization that seeks to develop a well-being youth that is enthusiastic about living a life in God. The platform would allow youths who have been pulled out of misery to rediscover their authentic identity and take charge of their emotions while rising above their misfortunes. The Legacy of Fatherhood Initiative is yet another link in the chain through which Dr. Bello hopes to connect all the dots for a wholesome community. Through the initiative, she hopes to raise males who would become men of honor that God has created them to be. As she puts it herself, “without men of honor we will fail.”

A curriculum developer of repute, versed in social innovation and recognized for her groundbreaking works in designing quantifiable metrics for determining progress on social issues, Dr. Bello within the framework of More Too Life Foundation has been a key ally to different communities. More Too Life operates an Education and Assessment Crisis Care Centre in Sarasota County with new services scheduled to take off in 4 more Counties under a new sub-contract with Voices for Florida. With direct and indirect services that affects thousands of victims, as well as hundreds of thousands of national communities, More Too Life been identified as making remarkable revolutionary steps in delivering prevention education to hundreds of youths and young adults.

And it is no surprise that More Too Life has been able to make significant steps in preventive education as Dr. Bello parades extensive expertise in preventive analysis and expert reading of social issues. Having designed numerous successful and innovative root cause-focused curriculums such as RJEDE (Restorative Justice End Demand Education) – a Court appointed and volunteer course on sexual violence, prostitution and human trafficking prevention in Miami/Dade, Sarasota and Manatee Counties – she has shown herself proficient in providing socially innovative solutions that works. She also designed LATN and LATN D2 (Living Above the Noise), an educational Mentoring Curriculum for Victims of sexual violence and human trafficking as well as for survivors of the twin evil.  She is in partnership with college campuses, military bases, churches amongst others in providing these mentoring and preventive curriculums. Evaluation of her efforts and the bold imprints her preventive and mentorship curriculum is making at SOS U is verifiable at sosuniversity.com.

Dr. Bello’s immense capabilities and highly developed capacity is a function of a single mindedness in the pursuit of personal development. Having been at the receiving end of the socially destructive effect of human trafficking, she has stooped to conquer, using education and personal development as her veritable springboard. She is well read and continues to acquire professional trainings in a bid to making herself continually equipped to combat vices that are becoming ever sophisticated and its effects more complex. Dr. Bello holds a bachelor in Biblical Studies, a Masters in Pastoral Clinical Counseling and two Honorary Doctorates in human letters and biblical studies respectively. Her education has taken her to the Covenant Theological Seminary, National Christian Counseling Association, CICA University and Seminary and Richmond Virginia Seminary. Her dissertation defends the urgency in spirituality in mental health and the profound pain caused by shame. Dr. Bello is a licensed chaplain and ambassador with CICA (Canadian Institute of Chaplains and Ambassadors) which is the only University accredited by the United Nations Economic and Social Council, UN-ECOSOC.

An alumni of the Masters Series of Distinguished Leaders from the Skinner Leadership Institute, Dr. Bello has shown a profound understanding of the challenges as well as a keen understanding of what needs to be done. Her expertise and uncommon dexterity in managing platforms that are able to galvanize various strata of the society towards effective efforts aimed at goals has seen her and her platforms receiving numerous recognitions. She was chosen as 1 out of 10 national heroes in a series by Dolphin Digital Media and United Way Worldwide called “the Hero Effect”, airing as a new series on the Oprah Winfrey Network. United Way Worldwide also recognized her More Too Life Foundation as one of the best in the nation.

As a Google Next Gen Policy Leader, with the opportunity to learn from leading Google executives and other leaders on issues connected to tech and tech policy, Dr. Bello has become even better positioned to continue engaging and teaching what she has described as “Digital Integrity, intelligence and safety.”

A motivational speaker, keynote lecturer and minister, Dr. Bello has featured on numerous platforms including over a hundred magazines, newspapers and e-zines. She was featured in the Essence and Ebony Magazines where she took the opportunity to tell the incredible story that is her life. With speaking engagements that has seen her crisscrossing the length and breadth of the country, she has made stops at the White House, Federal HHS, Regent University, Virginia Commonwealth, Miles College, Alabama University, USF, Ringling College of Art and Design, Shared Hope International, Wheelock College of Art and Design, Festival Cannes, UCLA, Cal-State Dominguez Hills, Cal-State Irvine, Alabama’s UAB, Miles College, United Way Worldwide and various United Ways, the prestigious Underground Railroad Freedom Center, Fredrick Douglass Family Initiative, Joshua Dubois-Values Partnerships, Rotary International Conference and so many more.

In all the platforms Dr. Bello has spoken, she has always tapped into her past trauma, and approaches the subject with uncommon passion, intelligence and grace. Knowing that she cannot always be physically present to reach out to thousands of persons all over the country who needs to hear the message she spreads and being almost impossible to grace countless platforms which she has been invited, Dr. Bello has made it a point of duty to author and co-author many books, manuals, articles, journals, blogs etc. She is the author of “Living inside the Rainbow: A workbook and Study Journal” a faith-based educational approach companion for rediscovering oneself and reinventing one’s mind, especially following the trauma of trafficking. Through her book, the reader is able to reflect on the root causes and underpinning issues and consequently find solutions that will be best fitted for each individual circumstances and nuanced situations.

She is presently putting finishing touches to her new book, “Shame Undone”, an inspirational book that would unbind its readers from the shame of their past and usher them into the promise of God’s forgiveness and glory. It would be a masterpiece on learning how to forgive oneself because God has forgiven you as well as a manual to lead you from the point of self-loathing to God’s grace which unshackles us from the densest of bondages. Dr. Bello’s books are masterpieces with copies being sold at Harvard Bookstores and numerous other platforms.

Dr. Bello realizes the enormity of the challenges and the dearth of resources both financial and human resources. She thus invites us all to get on board and provide support in any way we can, including identifying any cases of Commercial Sexually Exploited Children (CSEC) in our region. Your support may be extended via the website www.moretoolife.org or email at Team@moretoolife.org or on Facebook at www.facebook.com/drbrook.bello